Scholarship Spotlight: Computer Science and the Co-founder of Slack

At Millennium Point, we are offering a fully paid undergraduate degree for one student to join Birmingham City University’s Faculty of Computing, Engineering and the Built Environment as we look to boost STEM (Science, Technology, Engineering and Maths) learning across the West Midlands. The deadline for applications for our fully funded degree ends at midnight on 28th Feberuary.

Here, in this blog, we take a look at the story of Cal Henderson, Chief Technology Officer at Slack. Cal graduated from the same faculty in which we are offering a fully-funded scholarship – Birmingham City University’s Faculty of Computing, Engineering and the Built Environment, with a degree in software engineering in 2002 (equivalent to a computer science degree today).

Who is Cal Henderson? 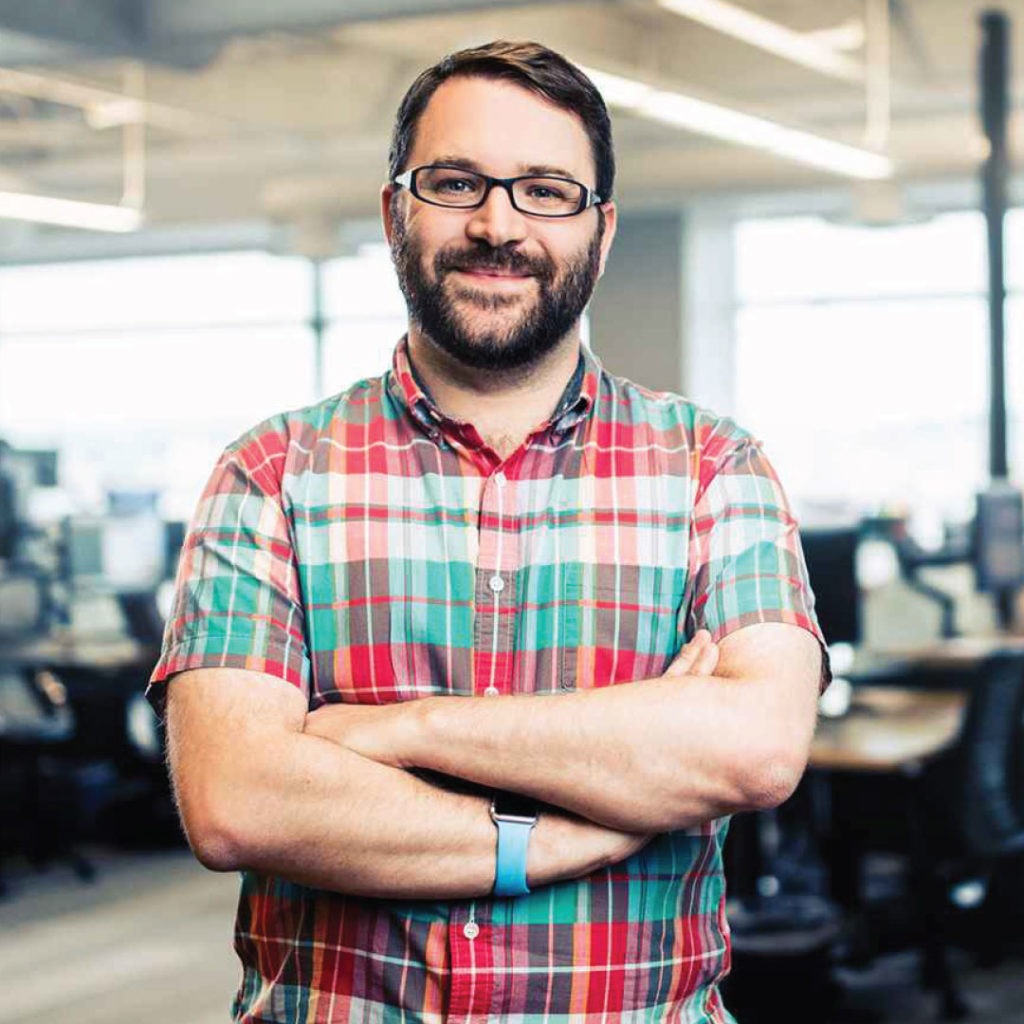 Cal was recently awarded an Honorary Doctorate from Birmingham City University in recognition of his contribution to the technology field. After graduating from the University in 2002 with a degree in Software Engineering, Cal jas enjoyed an illustrious career in the tech industry since graduating. In 2006, Cal wrote the best-selling book “Building Scalable Websites” and is currently working on a second edition. In his spare time, he continues to publish articles on web application development and contribute to open source projects. He is colour blind and has worked on applications to make the web more accessible for people with the condition.

He co-founded software company Slack in 2013, with three colleagues with their creation going on to be a major hit with users. Slack is a collaboration hub for teams at work, which brings together the people you need, the information you share, and the tools you use. Boasting more than 10 million users, the company recently made its debut on the New York Stock Exchange earning an estimated valuation of over $17 billion.

Cal was named as Birmingham City University’s Alumni of the Year in 2016 in recognition of his achievements and is now recognised with the University’s highest honorary accolade. On receiving the accolade, Henderson commented: “When I was a kid and thought I could one day work at Microsoft – it never occurred to me that I could build a company that might become the next Microsoft. Silicon Valley is a long way from Birmingham, and a university education opens up a world of possibilities.”

“I now lead a team of almost 100 engineers building a variety of applications and distributed systems that a million people rely on every day. While I spend most of my time these days in meetings rather than a text editor, the engineering knowledge and understanding that I gained at university is crucial for running an engineering organisation.”

Unlock your future with a fully funded degree
Your journey can start like Cal’s at Birmingham City University’s Faculty of Computing, Engineering and the Built Environment and you won’t have to pay tuition fees. We are offering a fully-funded undergraduate degree – that’s over £27,000 you will never have to pay back – to study one of over 20 courses including computer science, video games design, computer forensics and cybersecurity.

The application form is quick, easy and could be the start of a life-changing opportunity. Deadline for applications is 28th February 2021, for further information or to apply please visit www.millenniumpoiint.org.uk/scholarship