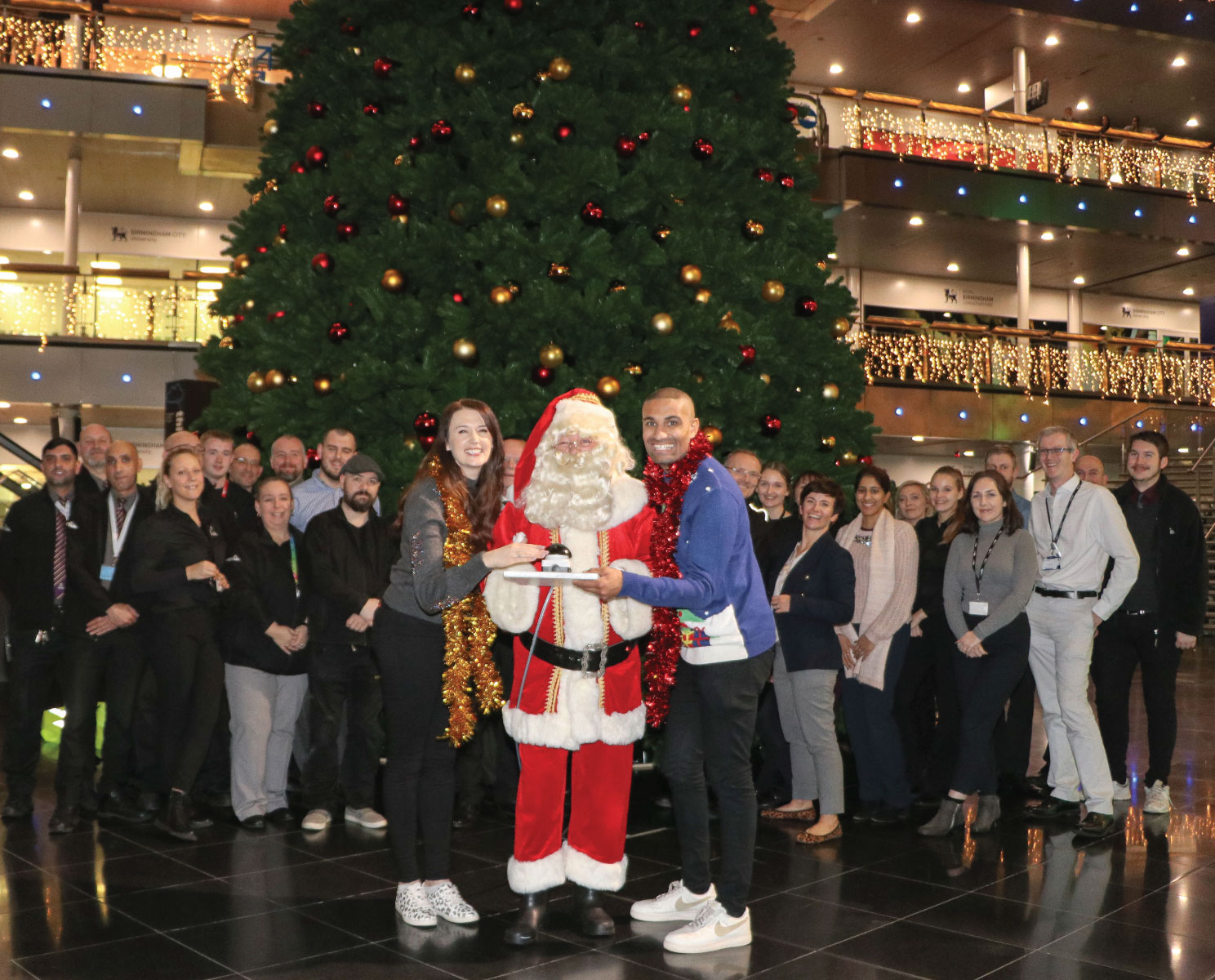 The trio pushed the button to illuminate a 39-foot tall tree covered by 23,000 LED lights set up in the venue’s atrium.

Richie Anderson, who had been at Millennium Point rehearsing for his appearance on BBC Children in Need tonight, said: “Millennium Point is one of my favourite venues in Birmingham, the staff are all so wonderful and I hope they have a fantastic Christmas. The tree they have installed is beautiful and the whole building looks spectacular so I am very pleased to have been invited along for the switch-on event.”

A time-lapse video created by Millennium Point shows how the inside of the building has been transformed by the festive spectacle, installed by Birmingham based company The Christmas Decorators.

The process took more than twelve hours to complete and the tree will now form the backdrop for a range of upcoming Christmas events, all free to attend, including Santa family days and musical performances.

The outside of the Millennium Point building has also been illuminated by The Christmas Decorators, offering up a festive treat for visitors approaching Grand Central station.

Millennium Point has invested in a new renewable energy commitment ahead of the installation, to ensure the power usage while the tree is installed is as low as possible.

Abigail Vlahakis, Interim CEO at Millennium Point, said: “Having Richie, Rebecca and Santa join us for the switch-on event was a real pleasure and I am delighted with how everything looks. We are looking forward to welcoming families from across the city throughout Christmas. Celebrating Christmas in this way is something new for us and we are pleased to have got things underway with staff all getting together.”

Watch below as our Christmas lights were officially switched on.

A time-lapse video below shows the installation of Millennium Point’s tree.

Each week we’ll be giving away £50 Amazon vouchers for your best snaps and selfies at Millennium Point. Share your photos on Facebook, Twitter and Instagram tagging in @millenniumpoint with #MPChristmas for a chance to win!